Time for the final setup steps

Broadcasting the hostname:
Controlling the fan and Power button:

Installing CUPS and Printer Drivers for SCX-4623f
Unfortunately CUPS requires a user/pass combination and the default is for root, so I set a password for root
Forward the CUPS UI to your laptop
You can now open a browser and go to http://localhost:6631 on your laptop for adding the printer and checking "Share printers connected to this system" on the "Administration" tab. For the user use "root" and use the password that you set above. Optionally, you can check "Allow remote administration" to skip the ssh command in the future and go directly to http://192.168.1.XX:631
You should now be able to see the printer on your network!

Start xsane and happy scanning!
Posted by Jeff at 11:37 PM No comments:

These are the steps that I went thru to update the firmware and get Ubuntu Server 20.04 LTS installed on my Raspberry Pi 4 2GB from my Chromebook

If you are using a USB Flash Drive, follow these additional steps:

You can now install the SD card or USB drive into the Raspberry Pi and start it up. You will need to login and change the password and then reboot (sudo reboot now) before it will connect to WiFi
auto_decompress_kernel

Sources and Thanks to:
Posted by Jeff at 9:38 PM No comments:

As I still have our perfectly functional Samsung SCX-4623f laser printer and scanner, but wanted to be able to place it away from my server. I looked at a few different options, but decided on a Raspberry Pi to be my best option. Below are the several options that I considered.

IOGear GPSU21 or other print server

Hooking a laptop up every time we want to print 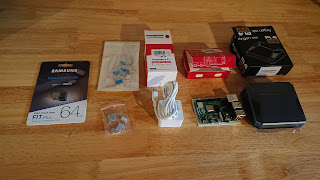 Here are the parts that I went with:
Total price before tax: $82
Raspberry Pi 4 with 2GB of RAM because it was not much more than either the 1GB version or Raspberry Pi 3B.
You can get cheaper cases, but I liked the Argon the best. I considered many full coverage heatsink cases, but those left the GPIO pins and the sides of the board exposed and I didn't want the chance of those getting shorted or something getting in. There were other full aluminum housing, but I couldn't find any reviews about whether those affected the wifi range. So it was basically between the Argon One and Flirc. I chose the Argon over the FLIRC because it redirects all the connections to the back and has a fan with a controller.
Even though the Argon One has heatsinks for the CPU and RAM, it did not have any for the Ethernet, USB, or Power Chip. Since the Argon One applies the power thru the GPIO headers and not the USB C port on the Pi, I figured that the power chip would not need cooled. However, since I am unsure about how much of a load scanning might put on the USB chip, I wanted a heatsink for that. Several other brand of heatsinks that I looked at had questionable reviews about how strong the thermal adhesive was.
I went with a USB drive over a SD card because of the faster speed and increased reliability, but looking back I think I would change that. The USB boot feature of the Raspberry Pi and Ubuntu 20.04 aren't quite there. 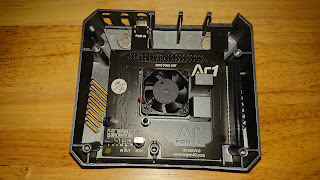 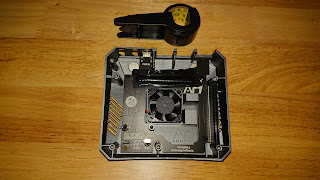 Install the Argon daughter board onto the Pi 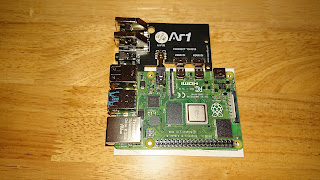 I then placed the heatsinks on the ethernet and USB controller 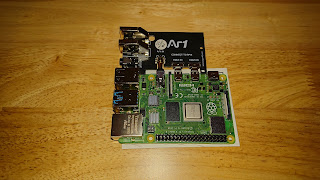 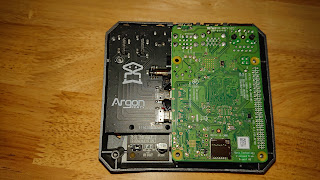 Use the short screws to keep them in place 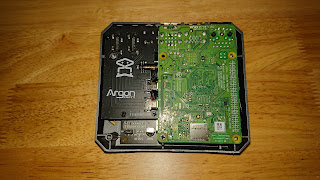 Install the long screws and the rubber feet 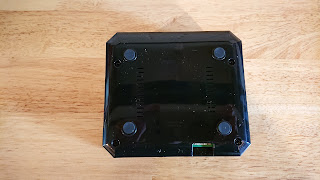